View cart “Brown 7 Pod” has been added to your cart.

This insane pepper is from the Christopher Phillips Rare Seed Collection. It’s a selected strain of a hybrid Christopher has been growing for several years. An extremely hot cross between the previous Guinness World Record holder for the hottest chilli the Butch T Scorpion & Douglah 7 pod. Two of the hottest varieties if you ask us. Everyone who tried this pepper claims it nearly knocked them out.

The plant grows to about 60 cm in a pot and is a great producer of these insane pods. The pods can become extremely pimpled and some present little tails at the ends. You can smell the heat from the capsaicin fumes when you cut them open. The pods are about 5 cm long and 3 cm wide. They start off green and end up brown.

This cross is believed to be at the F5 stage so not fully stable yet. You will get pods resembling a scorpion shape with a tail and some more like a Douglah, but one thing is for sure they are insanely hot. Are you ready to try?

Flavour: It has a distinct scorpion flavour, but not florally at all.

Heat level: Insane, one of the hottest we have tried.

Warning: Be careful when you eat these chillies. It’s a good idea to have some food in your tummy, before you try them to avoid stomach cramps. Use gloves and be careful not to touch your eyes.

Be the first to review “CP115” Cancel reply 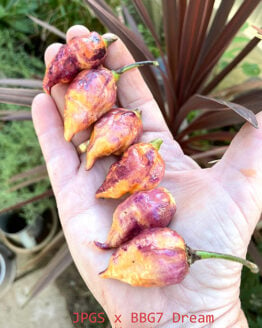 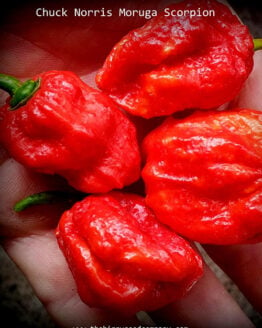 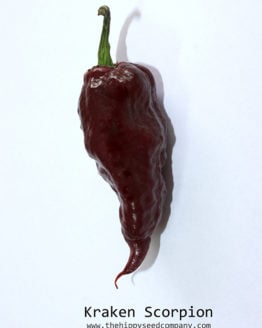 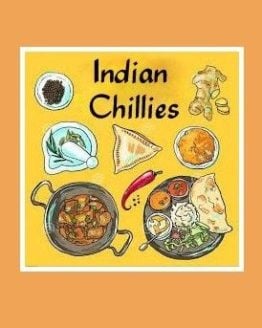 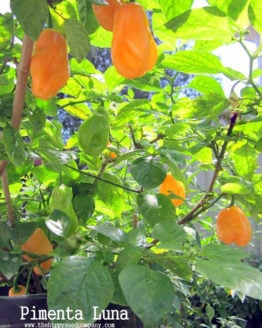 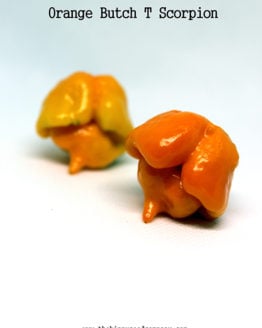